Frederick Brosen is one of the greatest American watercolourists. Born in 1954 in New York, he studied at the Art Students League and the Pratt Institute, where he obtained his MFA (Master of Fine Arts) in 1979.
Most of Frederick Brosen’s works are realistic images of New York’s architecture, although he also paints a few other iconic cities such as Paris, Rome, Florence…
Through his paintings, he wants to show how old New York cohabits perfectly with the New York we all know so well. He depicts not only the most popular spots in the city, but also streets unknown to the tourists, where you can spot gargoyles, little garages…. Rich with detail and packed with history, his crystalline, sophisticated watercolours are painted on  ARCHES® Watercolour 300 gsm cold pressed paper.
His works feature in the permanent collections of over a dozen museums, including the Metropolitan Museum of Art and the New York Historical Society. He received the City College of New York Career Achievement Award in 2011, as well as benefiting from two grants from the Pollock-Krasner Foundation. 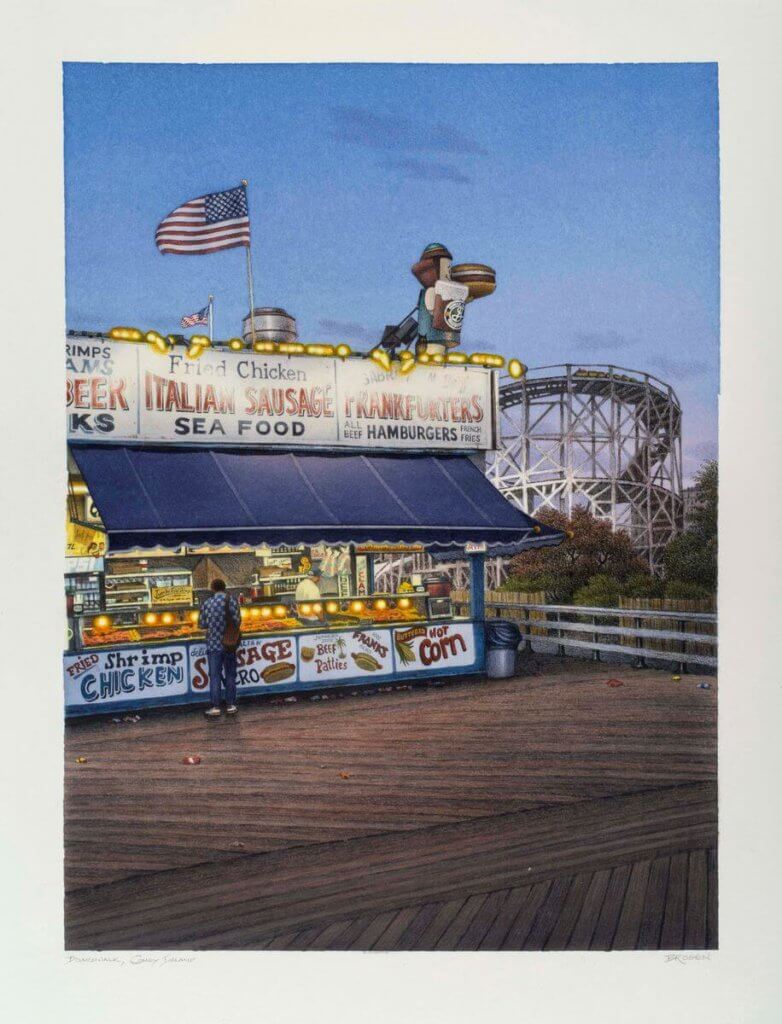 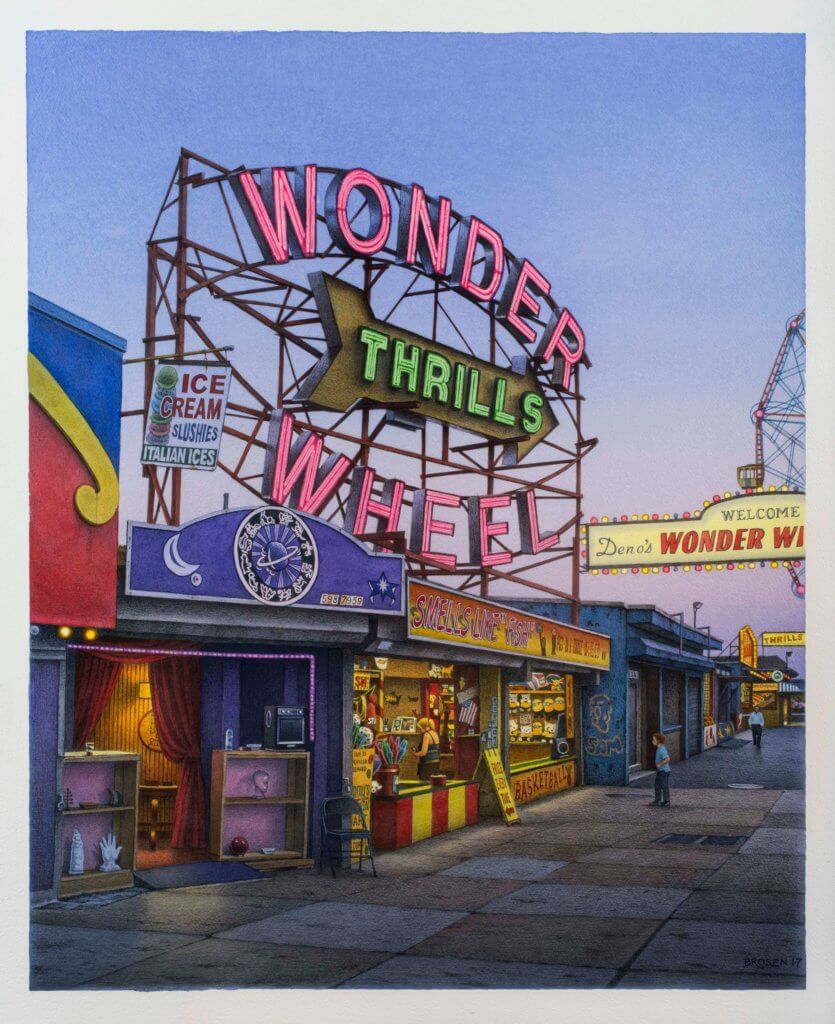 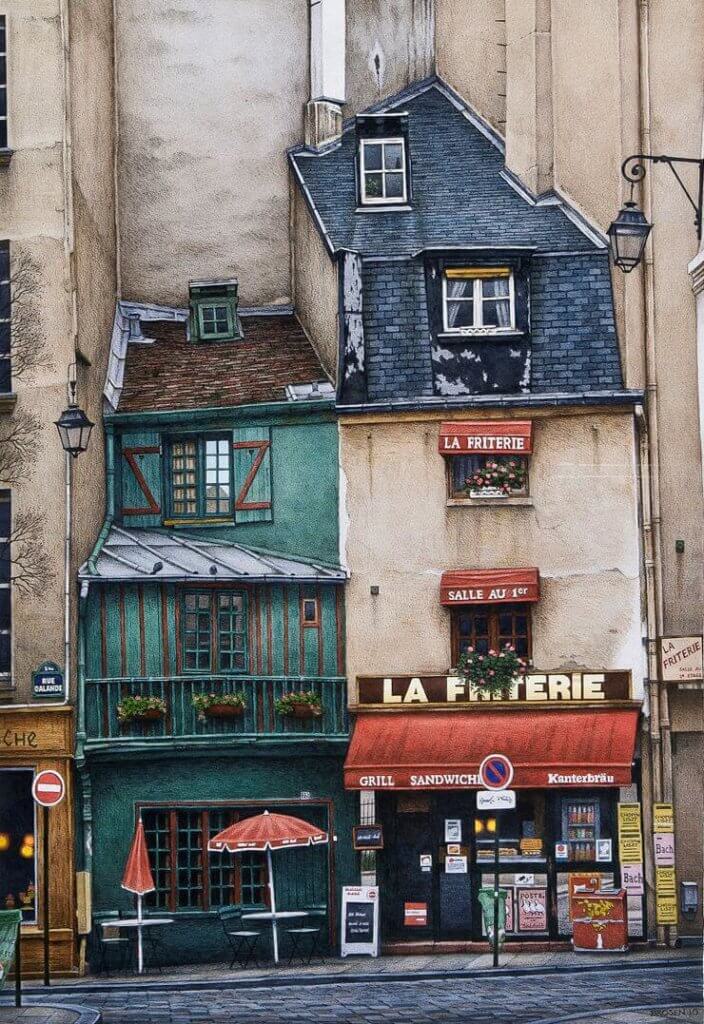 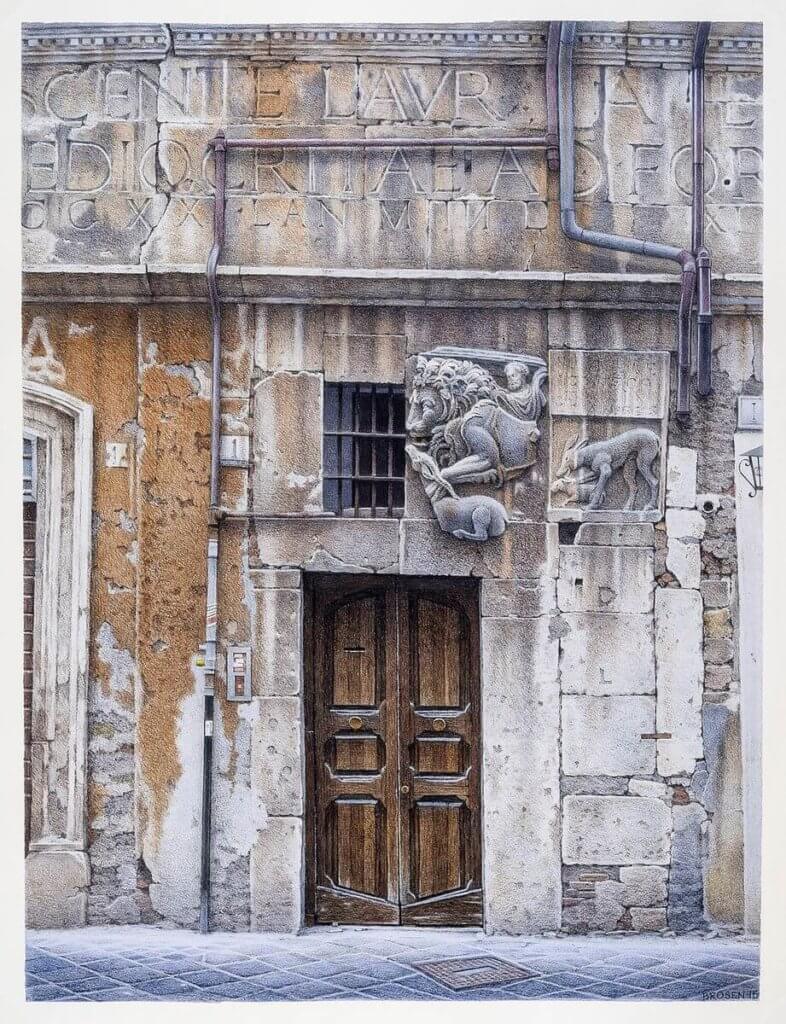