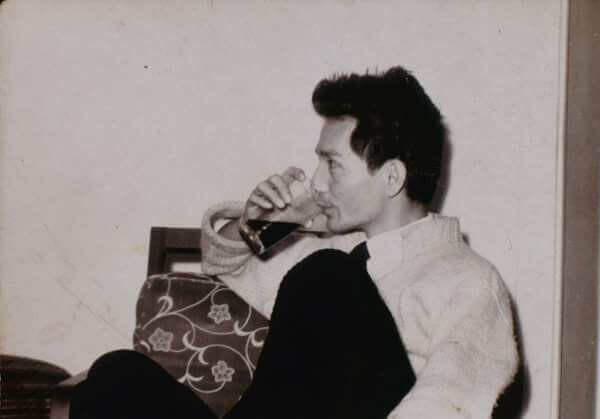 Zeng Tianfu, who as an artist would go under the name T’ang Haywen, was born on 20 December 1927 in Xiamen in Fujian province, China. He arrived in France in 1948 and was one of the second generation of Chinese artists who emigrated there after the Second World War. Unlike his contemporaries Chu Teh-Chun and Zao Wou-Ki, who had studied at the Hangzhou Academy, T’ang did not receive any formal artistic training. Rather it was instruction in calligraphy and the principles of Taoism that shaped his art.

Instead of studying medicine, as his family had planned, T’ang took a drawing course at the Académie de la Grande Chaumière art school in Paris and spent his time in art galleries studying the works of Western masters such as Gauguin, Cézanne and Matisse.

In 1958, he wrote to his brother: “I have found my vocation in painting…”. T’ang revealed a preference for gouache, watercolours and ink on paper. He combined the traditional Chinese abstract wash technique with the more lyrical and luminous styles of the West. 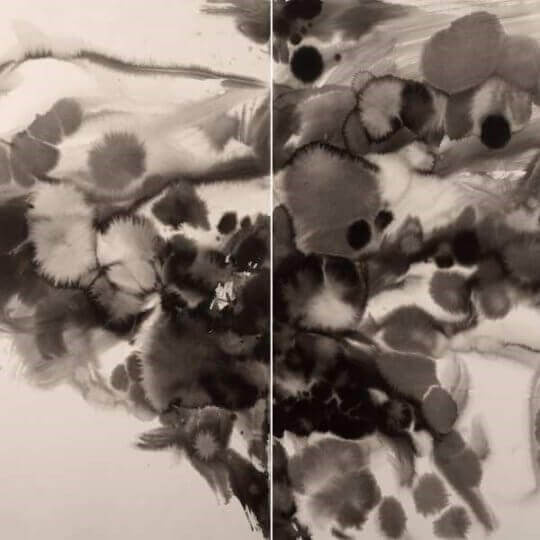 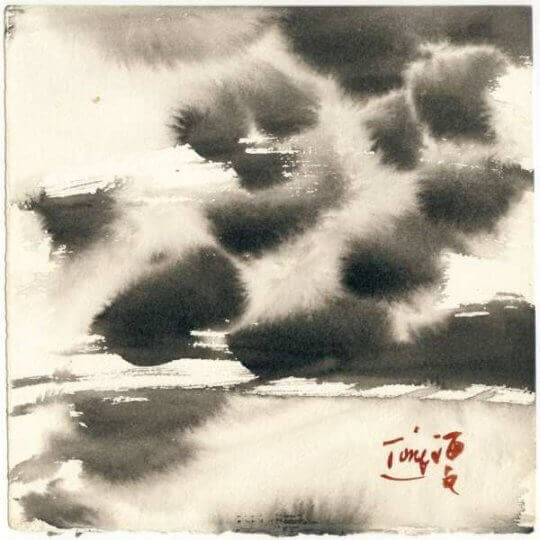 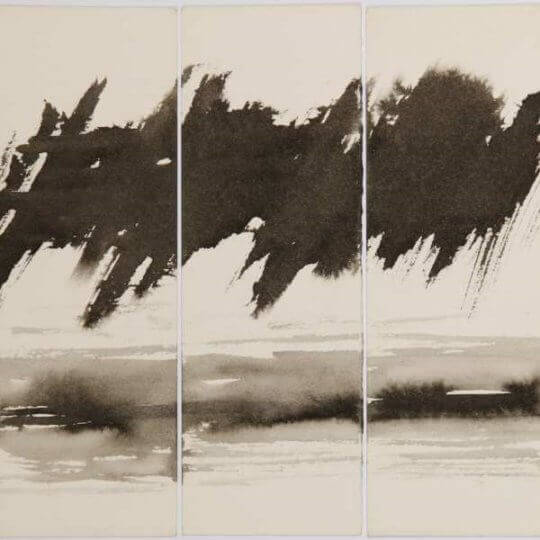 He developed an original pictorial space with the large 70 x 100 cm diptychs that characterise his work. Very quickly, he felt the need to pay homage to the Impressionists, whom he venerated, by painting on large sheets. From 1960 to 1965, he also produced a series of very small oil paintings. Oil is the medium of the West. 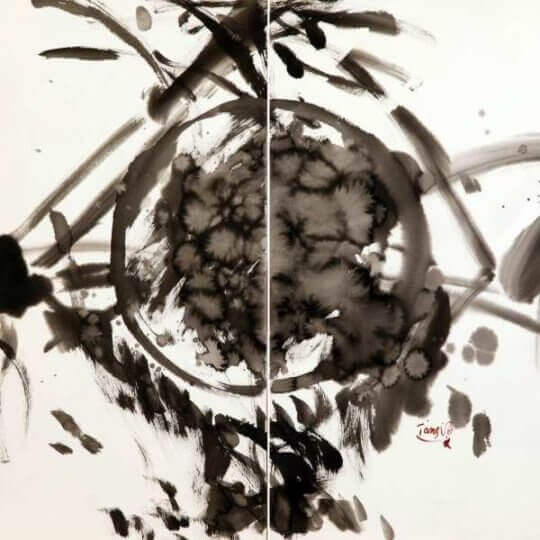 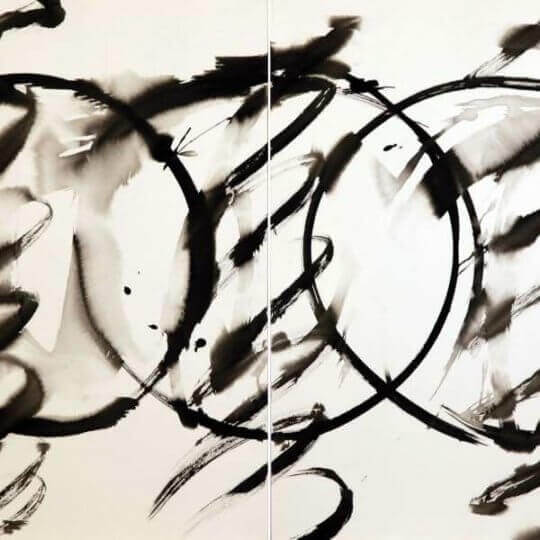 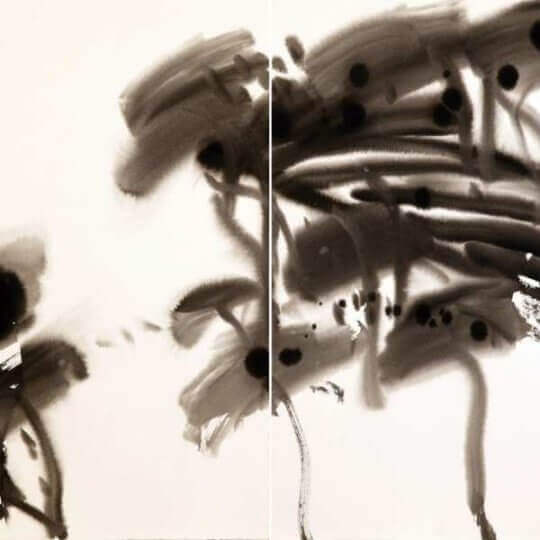 During the 1970s and 80s, he undertook a succession of journeys (India) and exhibitions. T’ang’s life was guided by his encounters. He was more concerned with happiness than success.

In the early 1980s T’ang continued to paint diptychs of various sizes, small triptychs in ink and in colour and numerous small watercolours that his friends would use as greetings cards. He lived more and more simply and his spiritual quest brought him closer to a group of friends that included gallery owner Nane Stern. At Easter one year, they travelled to Fontgombault Abbey. In 1984 was baptised there, taking the Christian name François. 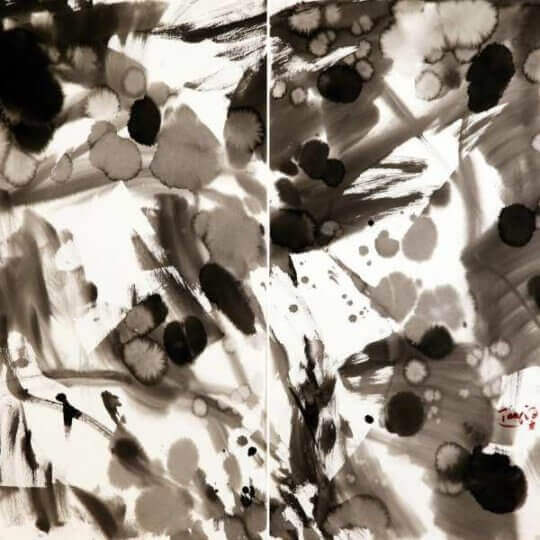 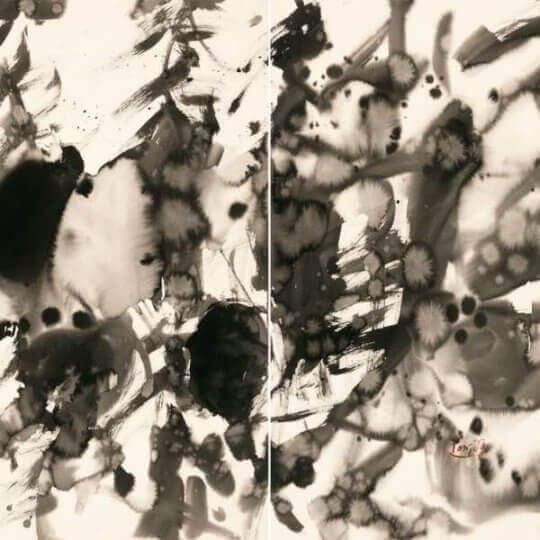 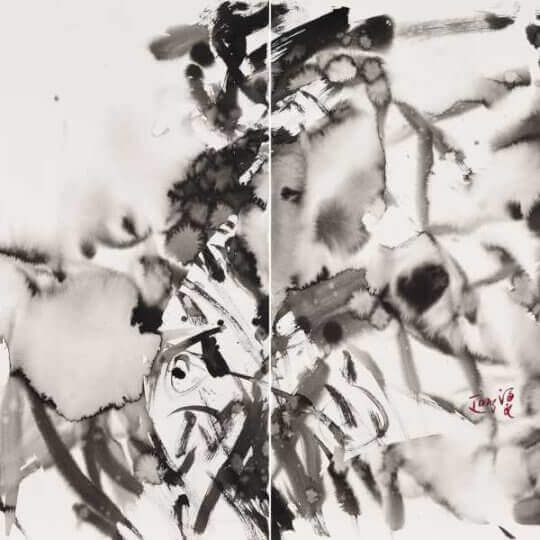 In 1983 and 1984, thanks to his friend Dominique Ponnau, T’ang exhibited his work in Bittany at the Musée des Beaux-Arts in Quimper and then at the Musée du Château de Vitré. At the time his large diptychs were still painted on cardboard made from wood pulp. T’ang was encouraged by some of his friends to choose a more appropriate medium. And so he began to paint on ARCHES® Watercolour 100% cotton paper.

T’ang continued to travel and show his work in France and abroad. In June 1991, he learned that he had contracted AIDS and he died on 9 September 1991.

Towards the end of the 1990s, T’ang’s painting began to appeal to a wider public. A number of important exhibitions, in particular those at the Oceanographic Museum in Monaco, the Taipei Fine Arts Museum, the Musée Guimet and the Shiseido Foundation, demonstrated the importance and originality of his work.